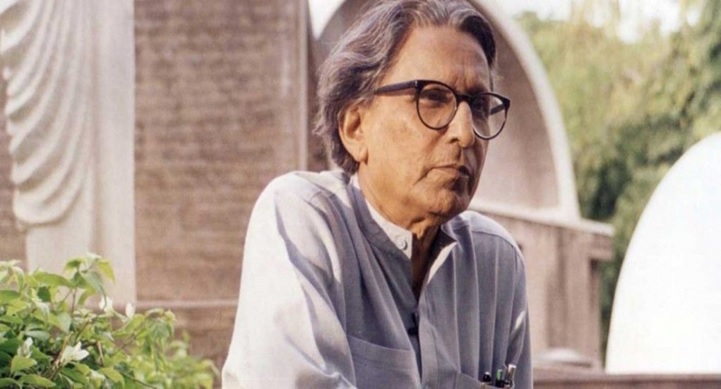 We were pleased to hear that an advocate of low-cost housing had been named the winner of architecture’s most prestigious award last week. Balkrishna Doshi is an Indian architect who has worked with luminaries such as Le Corbusier and Louis Kahn and was awarded the 2018 Pritzker Prize. He’s 90 years old now and still as full of the humble joys of life as ever. He argues that when you are in a beautiful space, you suddenly connect with your conscious being – you feel happy and are more creative.

Doshi believes that social consciousness should be a part of the architect’s realm. As far back as 1988, he was immersed in the Aranya Community Housing project in the region of Indore. This development, which ultimately housed 80,000, addressed the problem of low individual purchasing power in a novel way.

Set over 86 hectares, the master plan involved ‘houses’ mainly clustered in low-rise blocks set around small courtyards shared by three or four families. We say ‘houses’ in inverted commas because the owners did not simply move into fully finished units. The novelty of the Aranya concept was an innovative ‘site and services’ approach to encourage incremental growth.

The local authority sold the land at a much subsidised price with a means-appropriate repayment plan, under a permanent tenure agreement, thus giving access and impetus to the ‘urban poor’ and those on modest incomes to design and build and extend their homes as and when funds allowed. These started out as a plot with a poured concrete plinth, a service core – a bathroom and toilet – and a single room. While electricity, water and a septic tank were part of the package, the homes were built up brick by brick by the owners themselves. In time, they could (and did) grow into two-storey dwellings.

Participation of the homeowners in constructing – and decorating – their own homes reduced the financial pressure on the government allowing more capital for a better-quality public space within the development. This ownership model (not to mention the shared space incorporated in the master plan) also encouraged a sense of pride and community. In a survey done 10 years after the launch of the scheme, 90 per cent of the properties were still owned by the original allottee. Would a similar scheme work here? It’s doubtful. It’s not the First World way of doing things. Building regulations and societal expectations would preclude it.

The 3 Main Reasons To Never Remove Asbestos on Your Own

Consider These Five Tips When Planning A Deer Fence